Microbiology Food Testing | Advanced Instruments
We are open and continue to provide essential lab supplies during the COVID-19 pandemic. Answers to your FAQs can be found here. Read More

Keeping the food supply safe is critical for human health, but testing needs to be quick and efficient. Lab results must be quick, consistent and reliable to meet this and we can help. 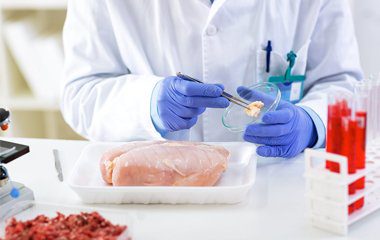 Keeping the food supply safe is critical for human health, but testing needs to be quick and efficient. Lab results must be quick, consistent and reliable to meet this and we can help.

Early and Quick Detection to Prevent Illness from our Food Supply

While bacteria are responsible for many beneficial processes such as industrial fermentation and antibiotic production, bacteria can be harmful to humans. Organisms such as E. coli, Listeria, and Salmonella all can cause illness or death which is why Federal organizations such as the Environmental Protection Agency, the Food and Drug Administration and the Department of Agriculture, utilize Advanced Instruments technology to ensure the safety of our food supply.

Keeping the food supply safe is critical for human health, but testing needs to be quick, consistent and reliable to ensure that the food reaches the consumer at maximum quality and freshness.

Advanced Instruments offers the fast, flexible, and easy-to-use Anoxomat® system to provide food safety microbiology laboratories with an automated technology for culturing anaerobic and microaerophilic bacteria such as Clostridium and Campylobacter, as well as capnophilic bacteria. Quickly and easily detect bacteria in food with the Anoxomat system.

The Anoxomat System operation is simple and effective.

Anoxomat uses the widely known McIntosh and Fildes system of evacuation and replacement to create anaerobic environments. During the anaerobic evacuation cycle, oxygen within the jar is replaced with hydrogen. After the anaerobic cycle, 0.16% residual oxygen content is left in the jar, which is then removed by a Palladox Disposable Sachet. The anaerobic recipe leaves the jar with a strict zero oxygen level and 10% carbon dioxide mix.

This method is the most efficient way to create precise, reproducible conditions because it rapidly removes the oxygenated environment from a jar and replaces it with precise amounts of anaerobic, or microaerophilic or capnophilic gas mixtures. Anoxomat can connect up to four combinations of jars to gas, and its custom programming feature allows the user to customize gas mixture settings. These custom recipes can be stored in Anoxomat’s memory.

After 5 minutes, the Anoxomat will indicate that the jar has been successfully processed and the designated environment has been created. The jar can then be uncoupled. The snap-shut coupling on the lid closes upon disconnection. The jar is ready for incubation and the Anoxomat is ready for the next job.

The Anoxomat is super easy to use and very reliable, great process improvement for the lab.

Protect your investment with an Advanced Care service agreement from Advanced Instruments. Take the worry out of service costs and have total peace of mind knowing that your instrument is covered