Maximising Product Titre By Strategic Control of Osmolality in Mammalian Cell Bioprocesses | Advanced instruments
We are open and continue to provide essential lab supplies during the COVID-19 pandemic. Answers to your FAQs can be found here. Read More

Please fill out the form to view this content.

Osmolality is a key process parameter in mammalian cell bioprocesses that affects both specific cell growth and specific cell productivity. Published data shows that hyperosmolality, used in a targeted way at particular stages of the biological production process, for certain cell types, can enhance final product yield significantly. This presentation will review the strategies that can be used to manipulate osmolality to increase production yields of monoclonal antibodies and other recombinant proteins. 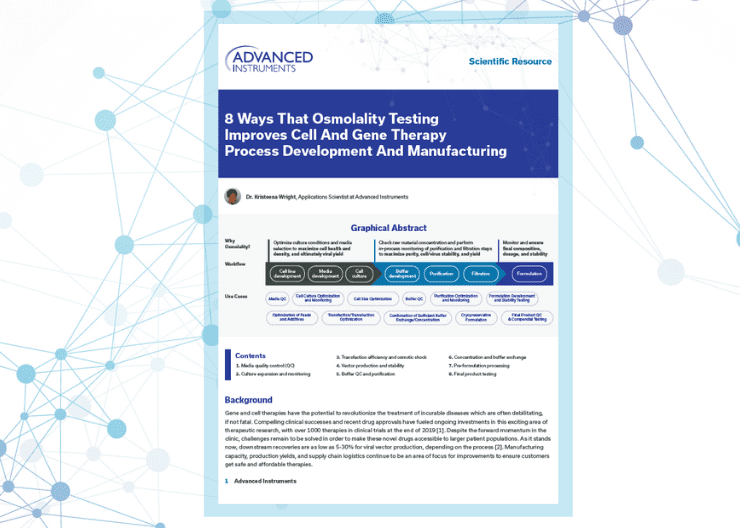 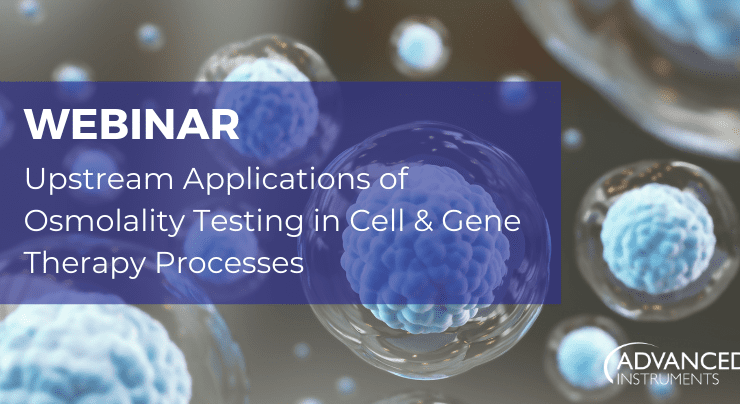