Increase Productivity & Predictability in Upstream Applications | Advanced instruments
We are open and continue to provide essential lab supplies during the COVID-19 pandemic. Answers to your FAQs can be found here. Read More

Please fill out the form to view this content. 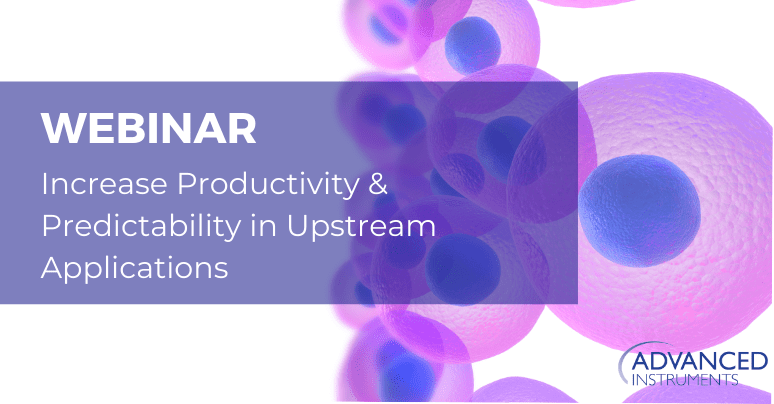 Whilst osmolality measurement is widely adopted for testing the media and buffers used in bioprocessing, this webinar covers other emerging applications where osmolality is used both as a process parameter that can be manipulated to increase productivity and as a predictor for titer and glucose consumption among other things. These applications add huge value both in mAb biologics and in cell and gene therapy development.