Single Cell Seeding Conditions for Improved Colony Outgrowth | Advanced instruments
We are open and continue to provide essential lab supplies during the COVID-19 pandemic. Answers to your FAQs can be found here. Read More 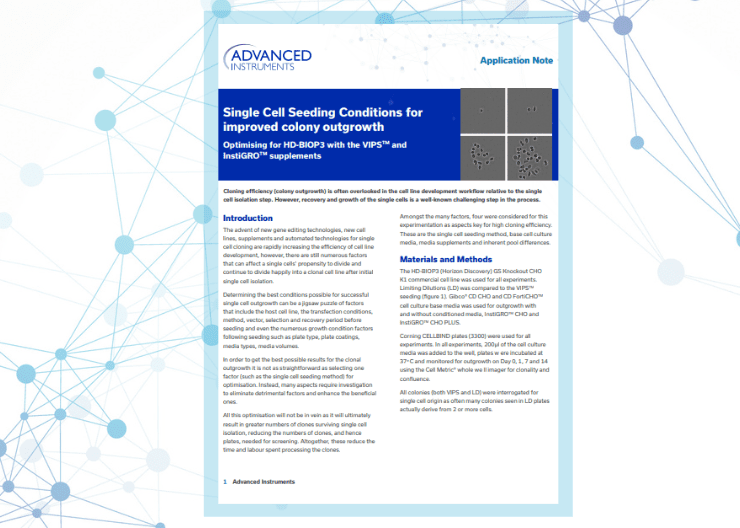 Cloning efficiency (colony outgrowth) is often overlooked in the cell line development workflow relative to the single cell isolation step. However, recovery and growth of the single cells is a well-known challenging step in the process. LD is assumed to be the gentlest method of single cell isolation; however, it is extremely labour intensive, inefficient, and highly variable between scientists. Another well-known practicality, highlighted by the advent of whole well imaging devices, is that, despite the chances of achieving a single cell per well and being relatively consistent with the Poisson distribution, in reality the resulting colonies are more likely to have grown from two cells or more rather than one. These challenges were a driver for new automated seeding methods such as the VIPS. Using image based cell detection, the chances of achieving a single cell per well are higher and more prevalent than limiting dilution.