Double Lock Assurance | Advanced instruments
We are open and continue to provide essential lab supplies during the COVID-19 pandemic. Answers to your FAQs can be found here. Read More

The introduction of the Cell Metric® has undoubtedly impacted the workflow for isolating cell lines within a cell line development (CLD) laboratory. Replacing the use of population statistics to support clonality with image-based evidence to show that a cell line was derived from a single cell has flipped this process upside down, shifting the focus from theoretical numbers to hard evidence.

As much as this has improved the process and as solid as this has proven to be for IND submissions, there are still scenarios, using the simplified combination of manual limiting dilution at less than 0.5 cells/well and the use of the Cell Metric to image plates on day zero, where one can still question the presence of a single cell. This can be confounded by the need to allow cells to rest on the surface of the plate, due to either centrifugation or a brief incubation between 2-4 hours, during which time you can only hope that your single cell has not divided.

Moreover, I have found that cells can be highly mobile in the wells post-seeding, possibly due to thermal currents within the well as the media warms up (I surmise as I have limited knowledge of fluid dynamics). Another scenario might be finding single cells trying to hide from clear view, away at the well boundary between the vertical sides of the well and the floor of the well. Both of these situations can lead to the presence of ‘ghost wells’; where wells show a viable colony of cells forming in the well, but the presence of the single cell was not acknowledged on the day of seeding. This can further complicate acquiring assurance of single-cell derivation.

Within a CLD decision tree, any doubt in the derivation of the cell line from a single cell could lead the cell line to be excluded from further work or strongly reviewed in terms of risk for later manufacture. In order to address this, the imaging of the well surface at the moment of deposition of the cell into the well would provide an extra level of safeguarding for the assurance that the cell line was clonally-derived.

The adoption of the Verified In-situ Plate Seeding (VIPSTM) instrument into the workflow provides a fail-safe to evidence a single cell within the well at the earliest opportunity, directly after the droplet of cell suspension has landed in the well. For application with CHO cells, the droplet is imaged with a wide Z-stack then intelligent software is used to automatically detect these cells. Recognition of the cell in the droplet becomes the new first lock of assurance. Then, post media fill, the Cell Metric is used to image the whole well containing a single cell, proving the second lock of assurance. You can then record the growth of the single cell into a viable colony to wrap up the story. Two locks, one of the cell in the well immediately post dispensing, one post media fill at day 0.

Both the VIPS and the Cell Metric have been optimized to do their individual tasks to support and confirm that a single cell grew into a viable cell line. The evidence of clonal derivation is then wrapped up within a clonality report that can be used as evidence with regulatory bodies. The cell lines generated from this workflow can be relied upon for further manufacture of your chosen biotherapeutic in the knowledge that you have done all that is possible to generate a clonally-derived cell line.

Mark Stockdale is a keen technology pathfinder and worked within Solentim to amalgamate the technical and business functions within the company. Prior to Solentim, he worked as a Group Leader in Horizon Discovery Ltd, and as a scientist at Lonza Biologics and Cyclacel Ltd and started his career at Pfizer. With over 15 years’ professional experience in cell line development and drug discovery, his passion is to bring new technologies to bear on unmet needs. He provides great insight into the future technology requirements in stable cell line development. 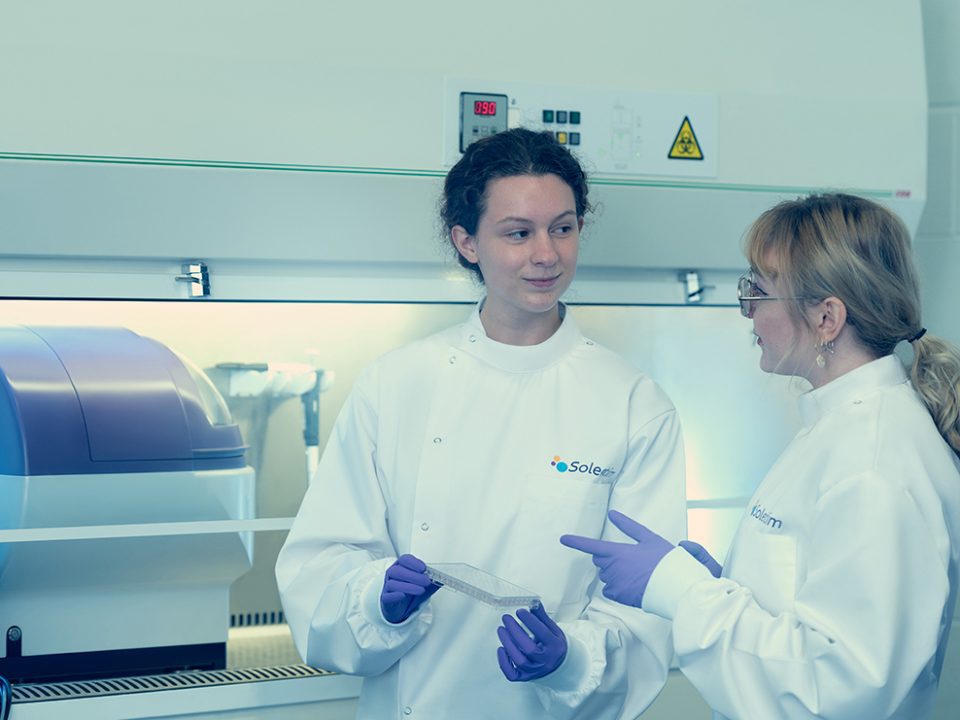 Why Evercell Bio chose VIPS: a new workflow for hiPSC in cell therapy